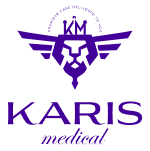 How to Stop Wasting Time at the Doctor’s Office

How to Stop Wasting Time at the Doctor’s Office

Let’s be honest, when was the last time you went to the doctor’s office? Chances are, if you are like most Americans,  you go between 1 and 4 times a year. But a new study reported in Forbes has found that the number of times on average that Americans go to the doctor is one of the lowest among developed nations. Forbes reported that American’s visit the doctor an average of 4 times per year, whereas the Japanese go to the doctor an average of 13 times per year. Other countries like Australia, Germany, and Canada only went slightly less than that, with an average of 8 times a year. So why are other developed countries going to the doctor more? Well in addition to the high cost of healthcare in America, going to the doctor is inconvenient. Doctor’s offices are usually only open while many people are working, they make it difficult to manage appointments for multiple children at once, and they often include long wait times that may prove difficult for people with chronic illnesses. Going to an in-person doctor can be a hassle, but what if there was an easier way? Let’s take a look at how telemedicine is cutting costs, and time spent at the doctor’s office.

A doctor’s appointment can be challenging for those with chronic illnesses.

In order to embrace a new system, we have to be honest about the fact that the current system simply does not work. Not only is it inconvenient for parents, people who work 9-5 jobs, and those in school full time, but this system also makes it incredibly difficult for those with chronic illnesses. The CDC reported recently that 51% of Americans have a chronic illness, making this a massive population that often has a difficult time making appointments on time. Additionally, during the COVID-19 pandemic, there is an increased risk for people who have chronic illnesses or are immunocompromised to be waiting in an indoor waiting room. Thankfully, since its inception in 2004, telemedicine is changing this system and making the doctor’s office more convenient and accessible from your home.

Telemedicine is the key to better healthcare.

Recently, telemedicine has been surging in popularity, due to how difficult it is to make a doctor’s appointment during a pandemic. Many doctors want to keep risks down and are allowing immunocompromised and other chronically ill patients the option to stay home. Telemedicine has some massive benefits over traditional in-person appointments.

First and foremost, telemedicine saves you time. No more waiting in line, filling out insurance forms, or even getting stuck in traffic on the way to the doctor’s office. Telemedicine allows you to simply log into a secure patient session minutes before your appointment.

The ability to simply log in and be seen by your doctor makes telemedicine light-years more accessible for those who find it difficult to leave the house, or have to work or care for children during traditional doctors’ office hours.

Telemedicine is also beneficial for those who are looking to save money. Since telemedicine doctors do not have long wait times, they are able to see more patients in a day and therefore can cut costs for everyone. This is on top of the cost savings that the doctor is able to obtain by not having the expenses of a brick-and-mortar office.

Of course, some appointments have to be in person, for immunizations and certain tests, but overall, telemedicine is an incredibly convenient, accessible, and low-cost alternative to traditional doctor’s office appointments.

If you are looking for an innovative take on telemedicine, look no further than Karis Medical. Karis combines the cost-saving methods of telemedicine, with a mobile direct primary care model that allows you to be treated right outside your front door. Karis provides its patients with the best of both worlds in the easiest way possible. Enroll today to begin healing the easy way with Karis Medical.

Karis Medical is direct primary care that actually works for you. As an exciting new venture, we are breaking down barriers in the healthcare industry, in order to create a service that is accessible, convenient, and above all, 100% transparent.